51 States
Fighting to be reunited with her family, a Sikh wife and mother risks her execution.

Dry leaves
Zahida arrives at a retirement home, believing her son will take her back after a week, but the future turns out to be different.

Folktales of India: The Bird With Two Heads
This tale about a two-headed bird, lost in greed and vengeance, originates from the Karnataka and is aesthetically inspired by the ancient Chittara Tribal Art Form.

Feel India
A movie about life itself and the beginning of an entire evolution of cinematography based on human body observations.

Kaala (Black)
An African student in a foreign country becomes a victim of hatred because of his skin color.

Moonlight Dreams
A 17 year-old pregnant returns to her village home in rural West Bengal to challenge the marriage of her younger sister.

An Encounter
The memories and dreams of a New York cabbie, triggered by his customers.

Katib
What's Deja Vu? How and why does it happen? Who's behind it? Too many questions! So why not make a film around this phenomenon?

Knitted Beliefs
In Narayanpura, a minorities compound in Karachi, Hindus, Sikhs, Christians and Muslims are living together in peace, whereas in Pakistan over the last ten years more than 4000 people were killed by violence against minorities.

The Blue Sweater
A lonely grandmother struggles to connect with her grandchildren.

The Shattered Dreams
Because of a bad incident in his life a dancer has to give up his dreams. 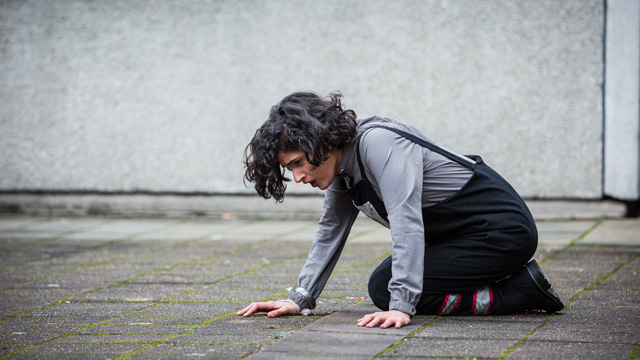 With the Online-Festival-Pass for 8 € you will get access (within Germany) to following films: Aise Hee – Just like that, Kislay Kislay / Mogul Mowgli, Bassam Tariq / New Generations Short Film Wallah Competition / Moothon – The Elder One, Geetu Mohandas / Baaram – Burden, Priya Krishnaswamy